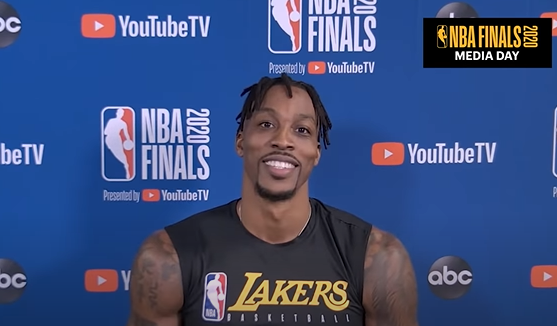 Speaking of returning to the Finals after a lapse of 11 years, Howard said: "I am grateful, you know, to have this moment, to be able to fight side by side with some of the best players in the world. I am grateful to be able to stand on this stage again. Go back to the finals. This is the hardest road. I am grateful. I have never given up on myself. I always try my best. I know that one day will come to a turnaround. I am very excited to be in the finals. On the stage, I hope that after the fierce battle with the Heat, we can win the championship trophy."

Speaking of the rival Heat player Bam Adebayor, Howard said: "I feel he is a key part of the Heat. You can't ignore his performance this season. I am very happy to see him all the way from the University of Kentucky. He has grown as a player or as an ordinary person. I am happy for him and look forward to confronting him. I am very sure that he is also looking forward to it."

At nine o'clock tomorrow morning Beijing time, the Lakers and the Heat's first game in the finals will begin.